In recent years it has become more important for motorists to protect themselves from false accusation with the increase of “crash for cash” fraudsters, because of this dash cameras have become a popular accessory when driving.  Close to three million motorists are now recording their journeys with dash cameras according to a new RAC study.

They have the benefit that in the event of an incident they can be used to show who was at fault and in some cases prove innocence.

They don’t require wiring into the vehicles electrical system and there are no special brackets that require fitting.  Normally they consume power from the vehicle’s cigarette lighter socket, however they can be wired into a power source elsewhere if further neatness of installation is required.

The important features of the dash camera are that it records in high enough quality for it to be easily viewed back if required, it also is helpful to have the GPS location and actual speed recorded onto the device in case any proof of speed is required.

They record onto a memory card that is included with the device, once the card is full it will automatically rewrite over the previous data that has been saved, so there is no need to keep monitoring it or changing memory cards.  On certain models the videos captured can be viewed remotely via WiFi.

They can also serve as a deterrent to thieves when the vehicle is left unattended.

The Super HD dash cam with speed camera detection offers full HD video recording with GPS Location and whilst the 120-degree sweep of the road ahead allows for the camera to view side turnings.

The camera is also capable of speed camera alerts to remind the driver to monitor their speed, the alerts are of fixed speed cameras from the cameras database.

The next camera in the range is the Super HD Dash Camera which has the capability to take a larger capacity of memory card (up to 128Gb) this provides a longer amount of time for the files to be stored before the files are overwritten.

With its self-adhesive pad it allows for semi-permanent installation into the vehicle instead of the usual suction cup.

The above cameras only capture in front of the of the vehicle which is all that is required in most cases.

This is particularly useful for users such as taxi drivers where this can be used for a view of the inside of the vehicle and its occupants as well as the road ahead.

Another application where this would be particularly useful is van drivers where both the driver can be monitored as well as (proving there is no bulkhead) a view of the inside of the load area. 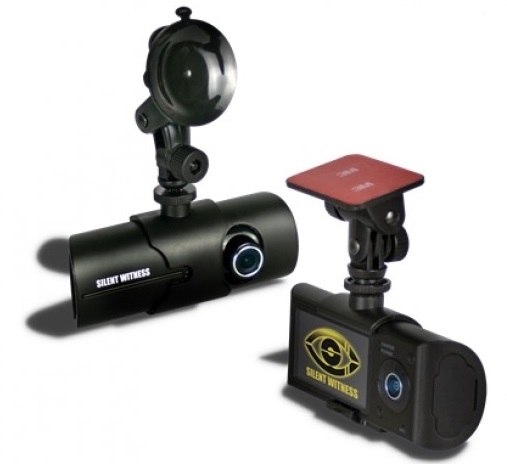 This Dual facing dash cam has both the front facing camera and the interior camera, in most cases it will also capture a view out the back of the vehicle also through the rear window as can be seen in the demonstration video.

This video gives an example of the type playback of a recording that you can expect from one of these dual facing cameras when viewed on a computer.

The above cameras can also be used to record sound from inside the car, although this feature can be switched off for privacy.

If you have any questions, please don’t hesitate to contact the sales team here